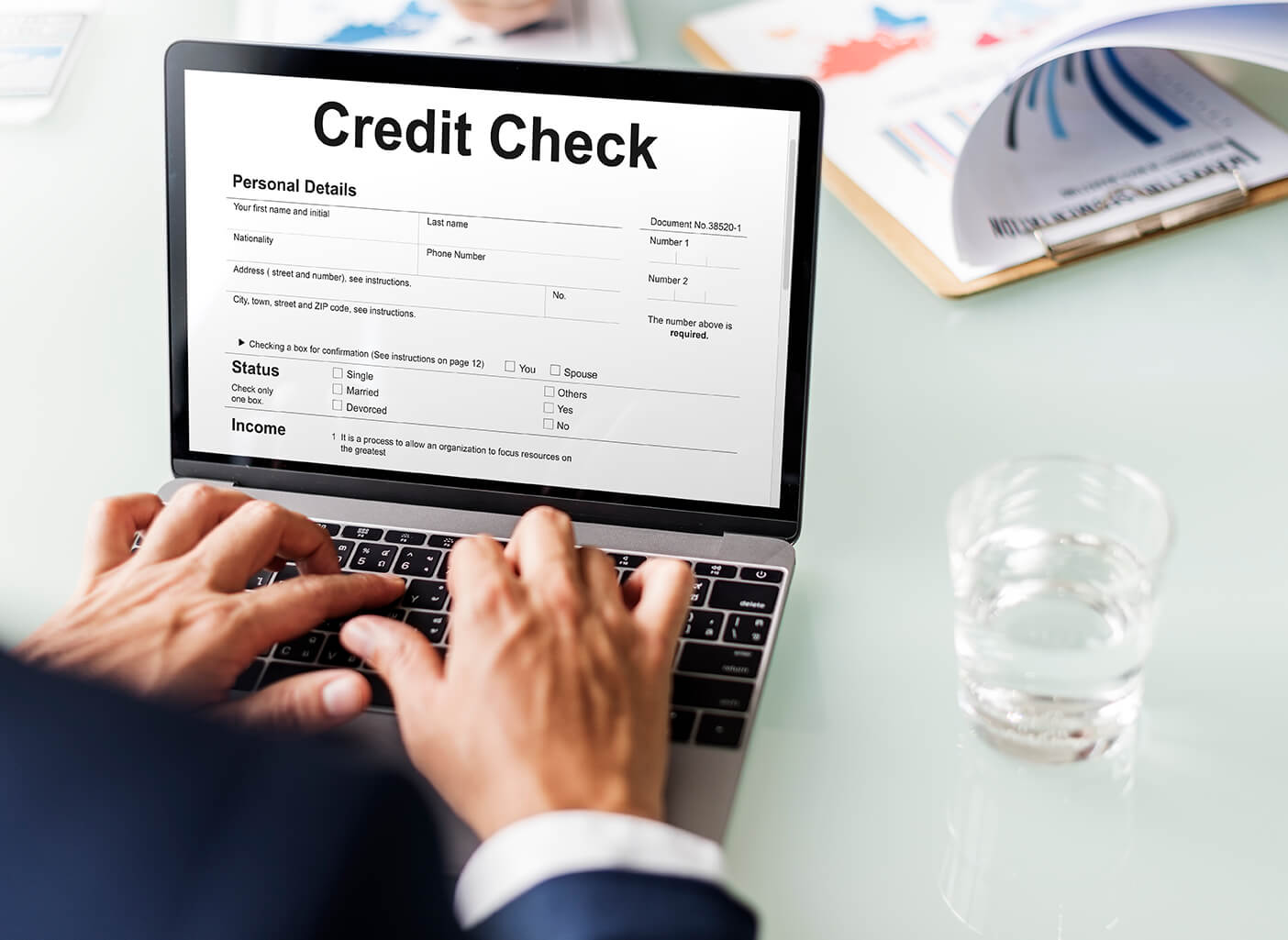 For many an individual and business, access to credit depends on FICO scores, recent credit checks and the contents of credit history reports maintained at the three major credit bureaus – Equifax, TransUnion and Experian. A “pull” is a credit inquiry from a legitimate entity, made in order to check your credit.
A hard pull is one that can affect your FICO score, whereas a SOFT PULL HAS NO EFFECT. This is important to remember, because too many hard pulls can lower your credit score. The Fair Credit Reporting Acts sets limits on why and when your credit report can be pulled.

All credit inquiries that are not credit checks by a prospective lender are soft pulls. First, any inquiries you make upon your own credit reports or FICO scores are automatically a soft pull credit check, so feel free to make as many as you like.
Other soft-pull examples include:
• Credit inquiries from businesses that want to offer you goods or services (for example, a promotional offer from a credit card issuer or mortgage lender)
• Inquiries from businesses where you already have established a credit account.
• Pre-approved loan and credit card offers
• Employers and others performing a background check on you. For some reason, employers tend to gravitate towards job candidates with good credit ratings.

You may be subject to a soft pull and not even know it. Often, soft pulls help businesses save money when canvassing for new customers, because these inquiries can rule out some potential prospects, saving the business paper and postage costs.

Hard pulls result when a potential lender wants to review your credit application. Common credit applications that trigger hard pull credit checks are ones for credit cards, mortgages and car loans. Each credit check is counted as one inquiry. However, you get a break if you are “rate shopping,” in that all inquiries for the same purpose, such as a mortgage, business loan, rental property, student loan, etc., within a 45-day period are counted as only a single hard pull. This has implications – if you are apartment hunting, its best to do it within a short period if you want to maintain your FICO score.

Although a hard pull can affect your FICO score, the impact upon your score can vary. The score is sensitive to several factors:
• The inquiry must be a voluntary application for credit
• The number of new accounts you have recently opened
• The percentage of your accounts that have recently been opened, by account type
• The number of recent credit inquiries you have had
• The amount of time that has elapsed since you opened an account, by account type
• The amount of time since the last credit inquiry

The good news is that a single hard pull or credit check might not affect your credit score at all, and even if it does, the cost is usually less than five points. The bad news is that if you have a short credit history or just a handful of credit accounts, a hard pull can have a greater impact on your credit score. So can multiple hard pulls that are not categorized as rate shopping. Wonder why? Here’s the dirty little secret – consumers with at least six credit inquiries are 8X more likely than those with no inquiries to file for bankruptcy.
By the way, you can dispute a hard inquiry performed without your permission. Authorized hard pulls usually hang around on your credit history for a couple of years.

Soft Is Better for a Credit Check
Now, if you are looking for a commercial business loan, keep in mind that Express Cash Flow uses soft credit pulls that won’t affect your credit score. When you combine this with our fast, no-hassle process and quick turn round, it’s easy to see why Express Cash Flow is growing into one of the commission advance companies in the U.S. Is the Realtor, run property listing service in California obsolete?

Several brokers, agents and “multiple listing service” operators expressed concern during a panel discussion Wednesday that commercial websites like Zillow, Redfin and Realtor.com have overtaken the patchwork of industry databases agents use to find homes for clients.

“The world of big data doesn’t seem to have come to the MLS in any meaningful way,” said David Silver-Westrick, a partner at San Clemente-based Keller Williams OC Coastal Realty. “We’re missing the boat on lots of big data opportunities. To the extent that consumers have better tools than we do, we just become irrelevant.”

The California Association of Realtors sponsored Wednesday’s event, held at CAR headquarters in Los Angeles, to plot the future of broker-run MLS sites and to find ways to meet the association’s 12-year-old goal of forming a single, statewide database in California. There currently are more than 40 MLS’s in California.

The statewide MLS effort so far has led to the formation of the Diamond Bar-based California Regional Multiple Listing Service, which currently represents most of Southern California and the Bay Area. CRMLS includes more than 92,000 agents and 37 local Realtor associations. But that’s still less than half the local associations in the state and doesn’t include San Francisco, Ventura County and most of Santa Barbara County, according to the MLS’s website.

“I think that there is an opportunity that is fast fading,” said CRMLS CEO Art Carter. “If we do not do it shortly, then we will forever be chasing others that will most likely take the handles and move forward.”

Other panelists lamented MLS problems include inaccurate and outdated data as well as the lack of consolidation.

“As someone who lists and sells real estate, I need it to be more efficient,” said Jeanne Radsick, an agent with Century 21 Tobias Real Estate in Bakersfield. “I need to not have to go to multiple sources to find what I’m looking for.”

Technology isn’t an issue, panelists said. Carter said a statewide MLS could be established in three months once the paperwork is in place.

The main obstacle is politics. Concerns among agents and brokers include the question of who controls broker information — the MLS or the brokers themselves. MLS employees also worry about losing their jobs under a consolidated system. And smaller MLS sites fear larger, out-of-area brokerages will take away their business if the outsiders have access to property data in their areas.

“The politics (is) on the local level with (small) MLS’s. You can’t even get Arrowhead and Big Bear to talk, and they’re right next door to each other,” said Sandra Deering, a broker with Coldwell Banker Residential Brokerage in Irvine. “The reality is those people are still protective of their jobs. … They don’t have the bandwidth, I don’t think, to see beyond their day-to-day operation. I don’t know how to overcome that.”

Deering has to join 25 MLS sites for her business, “and just managing the licensing, the payment process is a full-time staff person,” she said.
“These changes in the environment, particularly on the consumer side, have given the consumer … the ability to have information that is equivalent, if not superior, to what the agents have,” said Joel Singer, CEO of the state Realtor association. “The question is can this current structure survive? Or perhaps the question is should this current structure survive if it doesn’t alter.”

Singer said that when he bought a house last year, the MLS data from his broker “didn’t compare very well to the data that I got when I signed up with Redfin. … Is this a problem for us?”

Carter and other panelists see a statewide MLS as a precursor to forming a nation-wide system.

“It’s a process of becoming a lot more aggressive,” Carter said. “Consolidate with the willing and (share data) with the unwilling to consolidate and go around those that are just willing to do neither.”

After a year of rising home prices, low inventory levels and ongoing homebuyer demand, these conditions will increase even more in 2018.

As the year begins, one expert breaks down some of the major trends to come in 2018, saying the year will bring an abundance of positive trends.

“Turn up the volume on new home building,” Re/Max Co-CEO Adam Contos said, citing housing starts that are down 2.9% year-over-year and well below the historic 50-year average. “We’d love nothing more than to see the next generation of homebuyers start building equity now.”

Contos gives these four predictions for 2018:

Contos explained that the volume on new home building will increase, but until that happens, the market will struggle with low inventory and some markets will feature all-out bidding wars. In 2017, housing starts were down 2.9% year-over-year and well below the historic 50-year average. Even though there’s a shortage of l

abor and a spike in material costs, the primary reason for the low starts is that builders have focused on more profitable, higher priced homes and multi-family residential construction. But now, at the end of the year, single-family homebuilding and permits began to surge, he pointed out, saying he would like to see that trend continue.

2. Existing home sales on the rise

Fueled by renewed consumer confidence, wage growth and an improving economy, existing home sales could increase and may even surpass record levels set back in 2006. However, any negative impacts on the stock market, even tighter inventories, a repeat of 2017’s devastating hurricanes and fires or even the recently signed tax reform bill could slow down home sales.

Home buyers discouraged by affordability and low inventory in certain cities, markets and states, will look to other, more attractive and more inviting neighborhoods. Contos said he expects to see more home sales in the suburbs, less-populated markets and even more affordable states. Cities that have the most effective transportation systems and those that promote high-amenity, “walkable,” contemporary neighborhoods will benefit the most.

Gadgets, apps, online tools, real estate agents and technology – anything that makes buying and selling a home more plausible and less stressful will continue to launch and evolve, especially in 2018. He predicted consumers may not use bitcoins to buy a home tomorrow, but that could be in the future.

“We’ll certainly see our share of challenges in 2018,” Contos said. “But with the challenges will come ecstatic home buyers and sellers, new and booming communities, one boasting the new Amazon headquarters, and fresh innovations in real estate that we never saw coming.” If you have an existing home equity line-of-credit (HELOC) or second mortgage, do you have to fold that into a new first mortgage for it to remain tax deductible under the new tax laws?

“Money used for any other purpose is home equity indebtedness,” Kitces said, and is no longer deductible, without any grandfathering.

If your existing HELOC (acquired before Dec. 15) was used for both acquisition and indebtedness, then you will have to split it going forward.

Any new mortgage debt acquired after Dec. 15 caps out at $750,000. This may be split between a first mortgage and a HELOC or fixed-rate second, according to Hennagin. Any existing total acquisition mortgage debt is deductible up to $1 million.

And, what about the deductibility of a so-called piggy-back purchase money mortgage (80 percent first mortgage, 10 percent second mortgage and 10 percent down payment) to avoid paying mortgage insurance?

That piggy-back second will be deductible so long as you stay within your total mortgage interest deduction cap of $750,000.

If you do want to roll an existing second lien into a new first mortgage, there i

some math that you’ll need to do:

Founded in 2015 and based in Irvine, California in the heart of Orange County. Express Cash Flow provides a unique commission advance program for real estate brokers and agents. We are focused on expediting the advance process and delivering quality service every step of the way; before, during, and after advancing funds.